In order to improve user's experience this site uses cookies. To keep on browsing the site you must accept cookies
by pressing "Accetto" button here on the right. More info on Cookies Policy page (italian).
Accetto
ANDREA ALESSIO 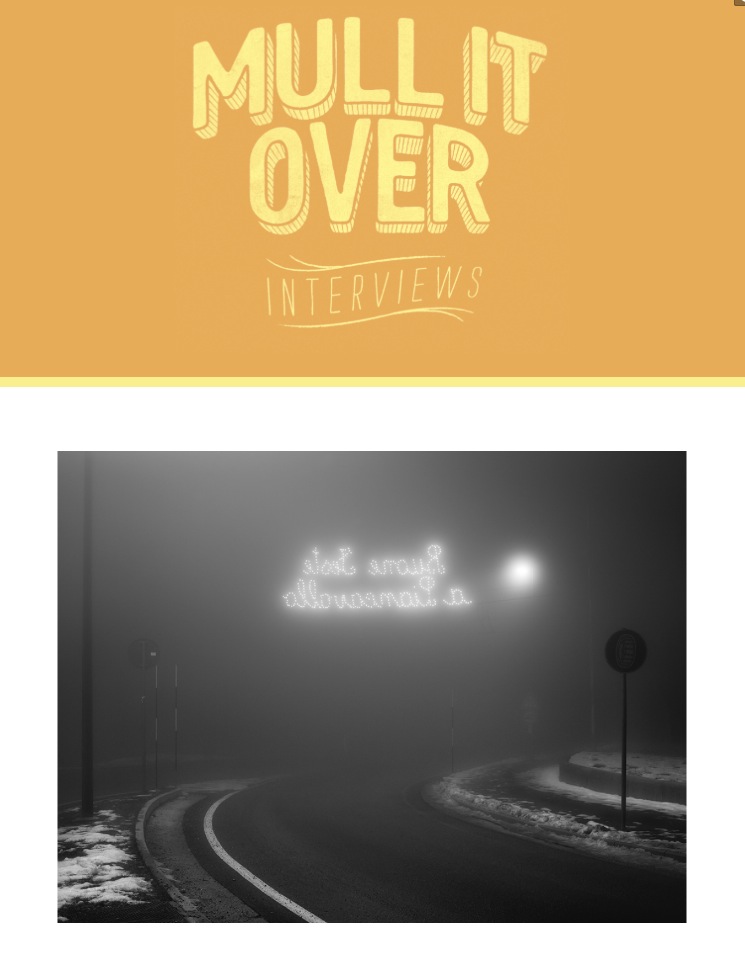 Beware, here there is no point of talking about photography. Let us pause for a moment. If there was no light this land would not exist. Here we are well over a situationist search for a Third Landscape as a form of re-appropriation of a relationship with a world lost in the attempt to master it. This project by Andrea Alessio cannot be read without taking account of the sunset that was already there which started much earlier than before. It represents the decline of the West and of the Judeo-Christian tradition embodied in it. In fact, if we pay attention, we're not even at dusk. We are in a pitch dark without any signification, a lack of language, and the total disorientation of contemporary man.

And hence the need to represent such a condition. The night, in terms of the absence of meaning is dropped upon man made things, shrouding homes, factories, fences, roads, and other advances of scientific domination of the nature of the world.Here is revealed the technical will of man who seeks redemption from original sin according to the utopian program as described by Bacon.

Andrea Alessio has chosen to question, like many others, the land that surrounds him, which he crosses daily but without understanding it. And this is a state of mind common and perhaps inevitable for a man who is lost before being a photographer, who questions the truth rather than the authenticity of his own thinking. The photographer manifests, and perhaps embodies, the longing of a lost soul looking for an originating light. A light which is not a cosmic source anymore. It does not originate from the stars or the moon - that man no longer observes when busy transforming the land - but from Christmas lights, street lamps or the inside of houses. It is precisely to be found in the light, after dark, the second interpretation of this work. A light which is revealed in the night as a biblical announcement, almost to freeze a religious expectation.

And it is this light that shows us a practical understanding of the landscape, as a world to be used. It is made of useful things, thus becoming a Weralt or an age of man, twisting between guilt and redemption. Andrea Alessio cleverly uses the tools of the photographic technique to achieve a detachment from any form of theoretical marvel. He does not increase wonder but thought, he makes us think of the unthinkable (not yet thought), of what was kept metaphorically in the dark consciousness. And in this wandering in search of the light needed to rediscover the traces of what constitutes a sense of the landscape he manifests through photography, the primacy of poetry on reason. And in so doing the language includes man and not vice versa. 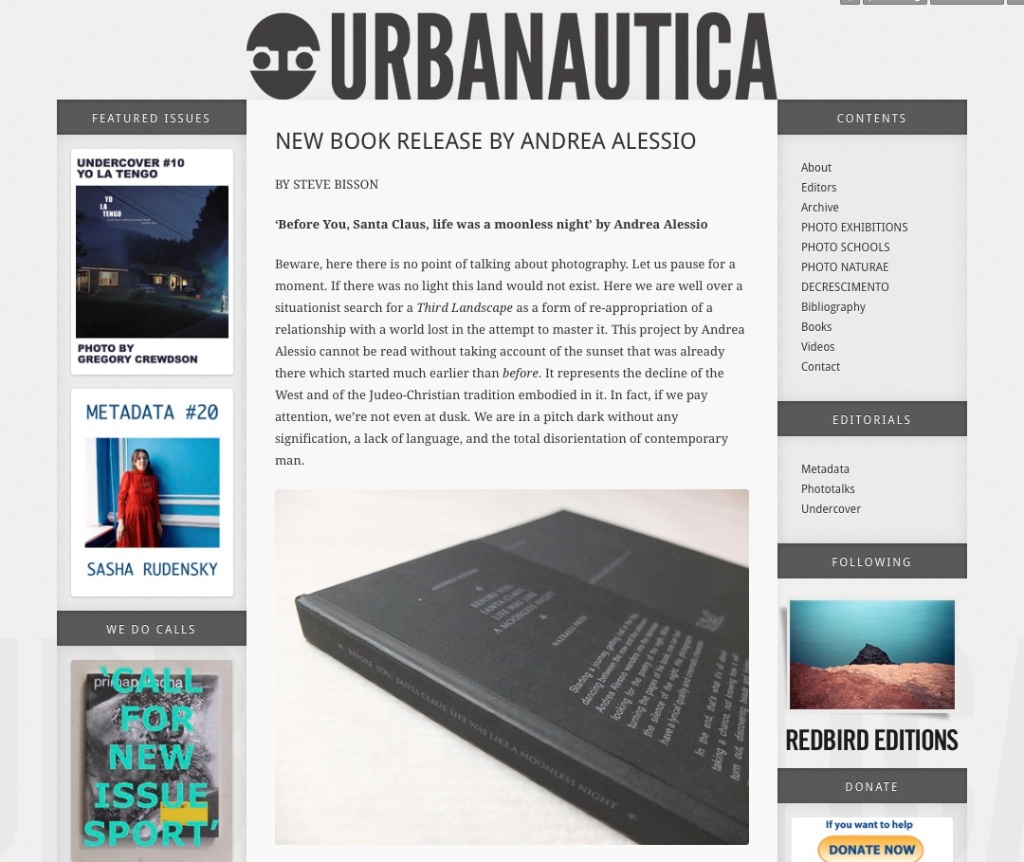 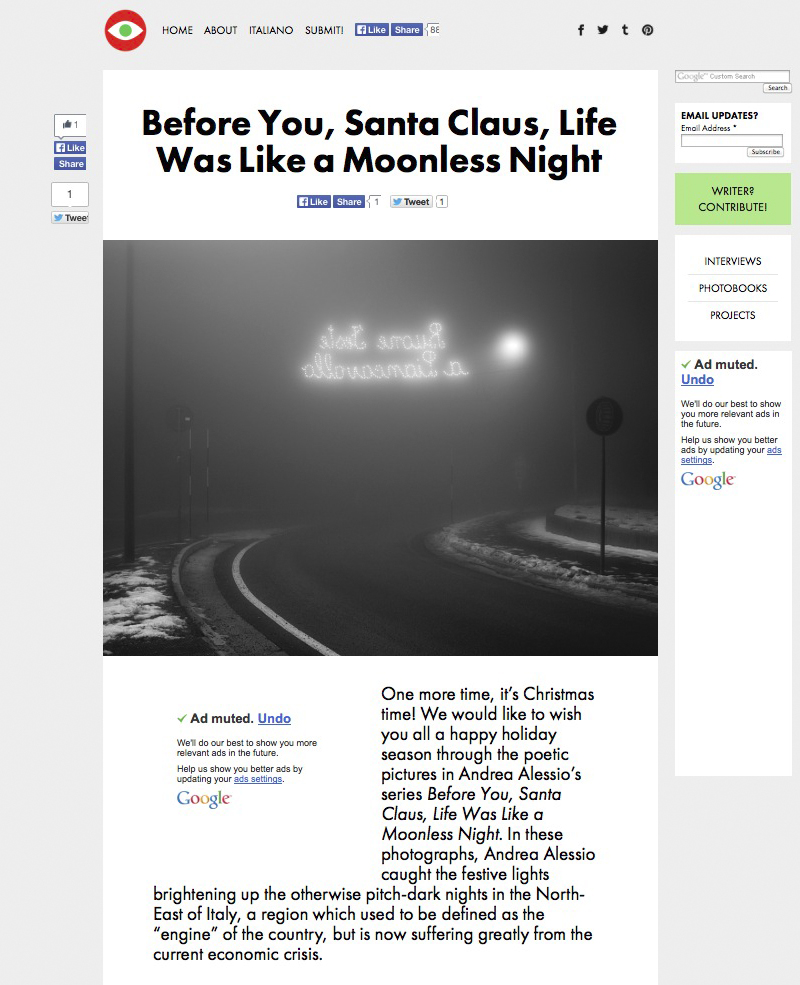 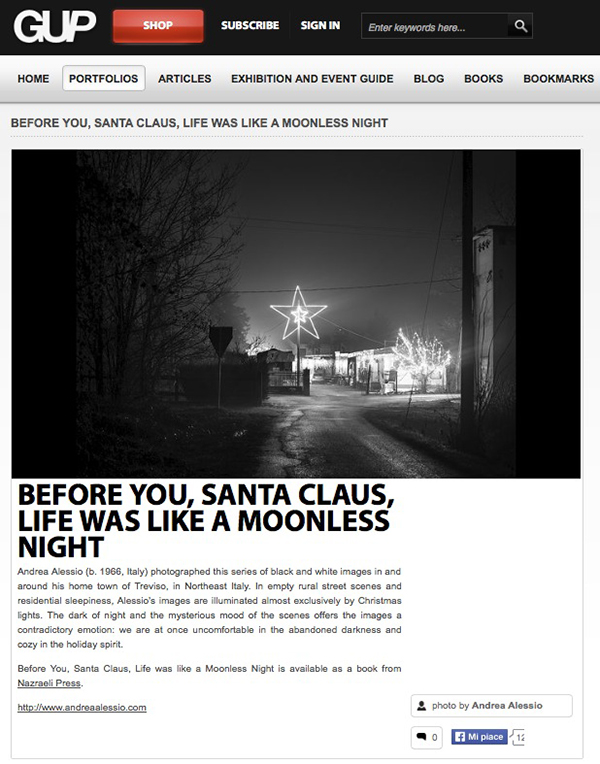 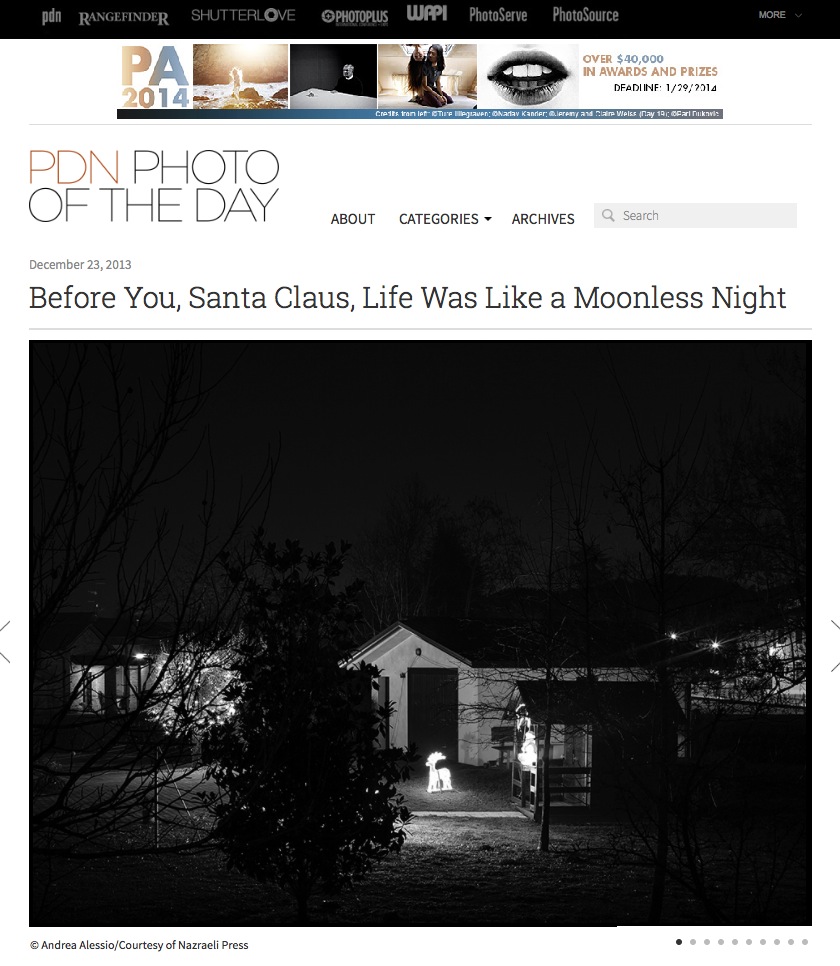